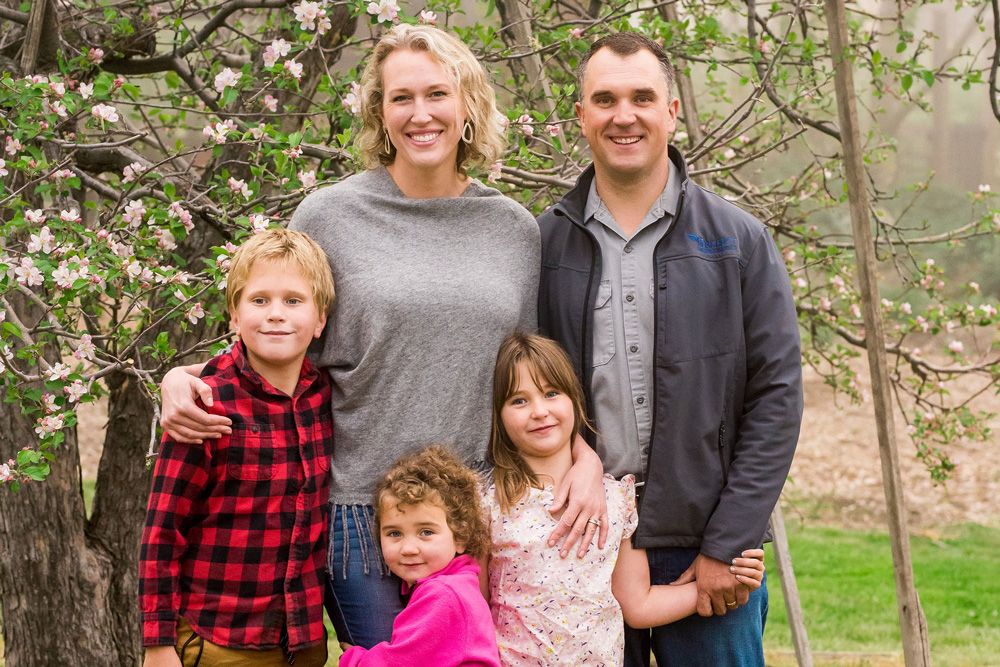 Two weeks before starting her senior year, Ashley van Hartesvelt—now Lieutenant Ashley Driscoll—Class of 2001 took a trip to the East Coast to tour colleges with her mom. Before their trip, Driscoll’s mom had found an article discussing the military academies’ need for more women applicants. (At the time, only 16% of applicants were women.) Their interest piqued, they scheduled a campus tour of the United States Naval Academy, where they met with the Athletic Director, the Head Volleyball Coach, and the Commandant.
Driscoll immediately fell in love with the campus. During the tour, she learned about the academics of the school, which aligned well with her interest in Political Science – her studies at the Naval Academy would create a clear path into U.S. politics and diplomacy, which she hoped to pursue. The Commandant presented the institution's values, which included service, honor, commitment, integrity, and a code of ethics run by mid-shipmen, all of which spoke to Driscoll’s personal values. For Driscoll, the experience presented during her visit seemed to fit like a glove.

Her tour of the Naval Academy awakened in Driscoll a “calling to serve.” After an extensive and intricate application process, which involved acquiring a nomination from a U.S. senator, Driscoll was accepted into the academy, and so began her military career. After graduating from the academy, Driscoll was commissioned by President Bush as a Naval Officer. Two days later, she married Lieutenant Ethan Driscoll.

Lt. (Ashley) Driscoll served for five and a half years as a Surface Warfare Officer—an officer who serves aboard a ship—on the USS Thach. During her time on the Thach, Driscoll did counter-drug operations off the coast of South America, which were coordinated with the U.S. Coast Guard, as well as foreign governments and navies tracking the movement of illicit drugs.

Eventually, Driscoll moved to Admiral Staff, Strike Group 3. During this time, she deployed to Bahrain, where she worked in Iraqui Oil Platform Defense, as well as anti-piracy off the coast of Somalia. Driscoll served as the U.S. liaison to an international coalition doing anti-piracy missions – a role that involved coordination between over 30 countries.

Driscoll’s next promotion was to Lieutenant Jr. Grade, at which time she worked as an Assistant Force Protection Officer. After receiving a nomination and being selected to serve as an Admiral’s Aide, Driscoll worked for two Admirals at Navy Region Northwest. Driscoll was responsible for coordinating the Admirals’ schedules, community outreach, writing speeches, putting together presentations, diplomatic visits, and coordinating protocol for the CNO of India and the Secretary of the Navy.

Driscoll resigned her commission as a Lieutenant, after which she served one year in the reserves. Some highlights from her career include her time on the USS Thach, her time as a member of the All-Navy Volleyball Team, and her experience on the All Armed-Forces Volleyball Team, during which she competed in the 2007 World Games in Hyderabad, India. Driscoll has noted that her service “has shaped [her] life in every way since leaving.”

As a service-minded individual, Driscoll has continually strived to bring the idea of service into her career and community. After leaving the military, Driscoll founded her own company: Bancroft Construction Services. Her woman/ disabled-veteran-owned business features a specific veteran hiring program, as well as a program that hires out of economically disadvantaged areas. Driscoll also serves as an advisor to the Women in Leadership program at UC Santa Barbara, which offers guidance to women going into leadership positions within predominantly male-dominated sectors. 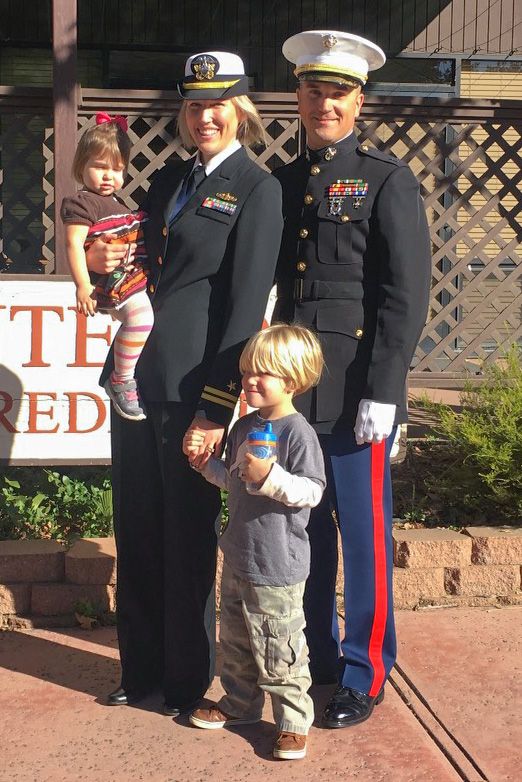 In addition to her role as Bancroft Construction Services’ CEO, Driscoll is also the proud owner of Willowbrooke Apple Farm – a venture Driscoll has described herself as, “stumbling into.” In much the same way Ashley fell in love with the Naval Academy, the Driscolls immediately fell in love with the farm and the surrounding mountain community. While the Driscolls had “no experience at all with farming, orchard work, and farm animals,” they approached the task with good humor:

“We’ve been figuring it out as we go by asking neighbors lots of questions and having people over to help. Now we try to pass on what we’ve learned.”

In her free time, Driscoll coaches her local volleyball team. She and Ethan have three kids —respectively nine, seven, and five years old—all of who are involved in “lots of activities” and love growing up on a farm.
Back