10/7/2022
While assigned summer reading may be a familiar—though perhaps begrudgingly necessary—summertime activity, it also serves as an anchor into classroom concepts that often drift away across the leisurely months of summer vacation. In the spirit of creating a sense of solidarity within our broader community, this year FVS instituted its first-ever community-wide summer read. All members of the faculty and student body read “Wild Horse Country” – a non-fiction publication written by FVS alumnus, Dave Philipps ’96. 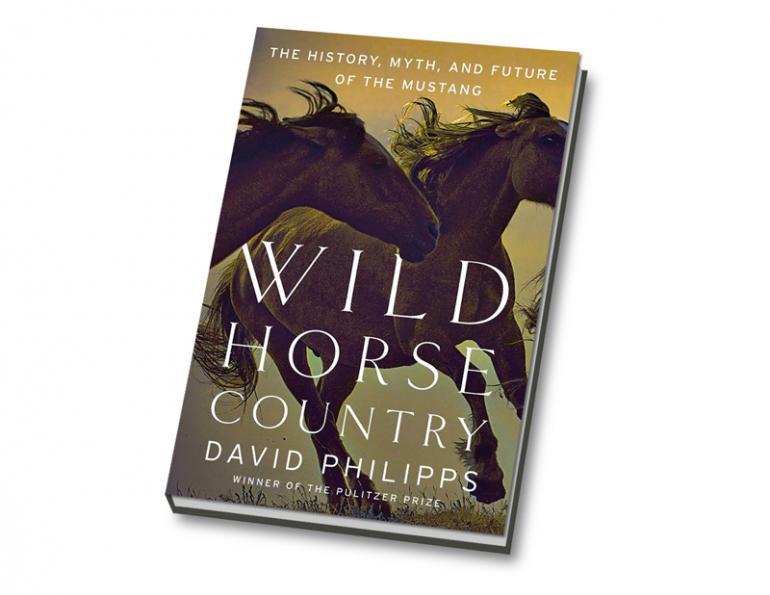 While much of Philipps’ work focuses on the human impact of war, “Wild Horse Country” recounts the history of wild horses in the United States. The book outlines the presence of wild horses in the U.S. in great detail. It begins with their earliest ancestor—Hyracotherium, which lived about 55-45 million years ago—then continues on to the “myth” of the mustang found scattered throughout tales of the Wild West, then to the modern dilemma of wild horse relocation and overpopulation. For a community nestled amid sprawling prairie land that extends to the foothills of the Rocky Mountains—with a history deeply rooted in ranching and an active ranching community that manages over sixty horses—many of the tales contained within Wild Horse Country feel as though they could have taken place here on campus.

In fact, the stories felt so visceral to those enjoying the summer read from the prairie—where our own horses could be observed silhouetted against the mountain skyline—it seemed more than likely that Philipps’ book might have had its origins right here. 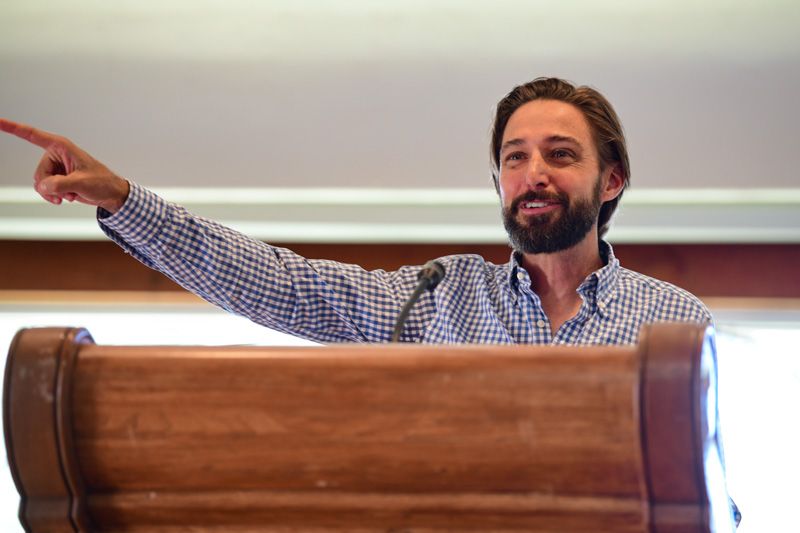 Philipps, who has remained an active member of the FVS community since his graduation, joined us on campus at the beginning of the school year to present on his book. He spoke about his work as a journalist and offered some sage wisdom from one FVS graduate to the future graduates filling Lewis Perry Jr. Chapel. During his visit, students and faculty alike had the opportunity to partake in a Q&A with Philipps. When asked whether his time at Fountain Valley in any way influenced or inspired him to write Wild Horse Country, Philipps noted that, while it wasn’t his time at FVS itself that spurred the questions that led to the book, his time at FVS has influenced every part of his life since he graduated:

My time at FVS was the most influential thing that ever happened to me, and not a week goes by that I don’t think about it. I guess it did [influence my book], because so much of FVS focused on the West that it made me forever interested in that subject.”

While FVS might not have been directly causative in the inception of Wild Horse Country, the chain of events that led to the fascinating and intricately detailed final product grants us an appreciation for the genuine curiosity that inspired the book – perhaps even reminding us of what stories might be out there waiting for anyone willing to ask enough questions.

Wild Horse Country began with Philipps’ own determination to design a job comprised entirely of “field trips” to places that he wanted to go, “to poke around in stuff [he] had no business poking around in.” Philipps made it his mission to come up with his own stories, so when he saw an announcement for a government wild horse adoption day in Canyon City, his curiosity was piqued, and he went to cover the story. Upon his arrival, Philipps said he, “witnessed big, government corrals filled with horses – but there were only maybe six adopters.” And it was with the answer to his question, what do they do with the rest of them, that “Wild Horse Country” first began.

Philipps was fascinated by the idea that somewhere out there, there were government ranches filled with wild horses. But wild horses, Philipps noted, are “too far out there” to write about for the Gazette. The story remained in the back of his mind for about five years, until he received a one-year fellowship to begin working on his book. In its entirety, “Wild Horse Country” took about four years to complete.

For Philipps, this was an opportunity to do something different. It was a break from his usual niche of writing about the military, and it offered a number of adventures that took him into some of the most remote parts of the country. An outdoor enthusiast, Philipps said that this was part of his motivation to write the book. He, “knew that [he] would get to go to some of the most beautiful places in the West, and places that [he] otherwise might not have reason to go to.” Within his book, Philipps recounts his experiences of witnessing a helicopter round-up, searching the badlands for Hyracotherium jaw bones, and touring an active ranch that has been owned and operated by the same family for generations.

His research unearthed a slew of American folk figures, including Wild Horse Annie—whose advocacy laid the groundwork for the laws that govern the treatment of wild horses and burros to this day—as well as Frank Litts—the first known wild-horse rights advocate—who repeatedly attempted to destroy a horsemeat canning factory in his efforts to protect the animals he loved. But although “Wild Horse Country” details numerous stories about mustangs and the American West, Philipps noted, “the most interesting thing [he] learned [during his research] was that the romantic myth that the wild horse was the partner of the cowboy was completely wrong. There had been a war going on between cowboys and wild horses for 150 years.”

During his All-School presentation, Philipps remarked on how, in the case of the wild horse, history created myth, myth created law, and law created a perverse reality that begs the question, “Why are we keeping thousands of wild animals in captivity at an insane expense in order to preserve something that is already wild and free?” 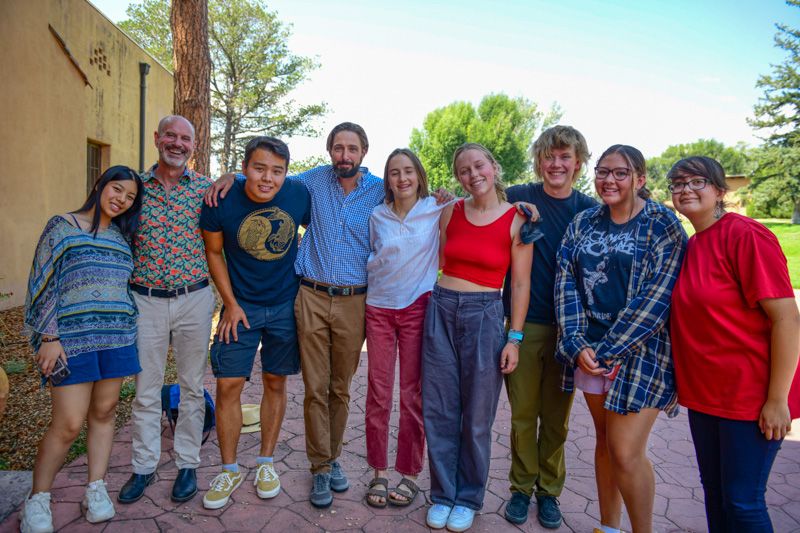 When asked how he felt about being back at FVS to discuss his book, freshly read by the community, Philipps replied:

I get to come back probably about once a year, and it’s always deeply emotional for me. This place is deeply unchanged. The heart of this community of learning and teaching and friendship is still here, and I still get choked up about it. It seems silly, but if you grow up in a place, it never loosens its grip on you, and it seizes me every time I come back.”

Philipps currently works as a journalist for the New York Times, and he has twice been awarded the Pulitzer Prize for his work. He received his first award for national reporting in 2014 for his three-day series, "Other Than Honorable," which ran in the Colorado Springs Gazette and examined the treatment of injured American soldiers being discharged without military benefits. In 2022, Philipps, alongside a team of reporters, was awarded the Pulitzer Prize for international reporting for a series that exposed how United States military airstrikes in Syria, Iraq, and Afghanistan caused thousands of civilian deaths that had never been publicly reported.
Back