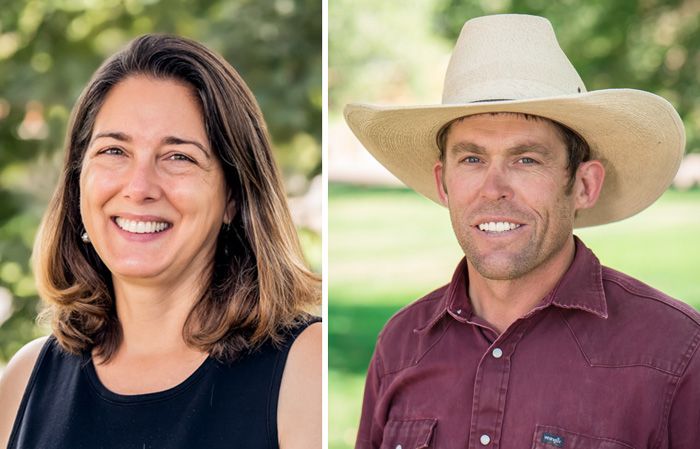 Having just concluded the driest April on record, the impact of the drought on grazing and hay is a concern. We normally get rain by late April, getting the pastures off to a strong start. This year, we did not get the much-needed April rain and we were two weeks later than usual receiving our irrigation water. Now, Land Manager, Tyson Phillips, waits for the recently irrigated land to be strong enough to be grazed by our horses. Tyson explained that if the irrigated pastures are grazed too early, we risk them lasting only a few days possibly forcing them into dormancy or becoming unable to rebound quickly. FVS has an allotment of seven more days of irrigation water in early June; however, The Fountain Mutual Irrigation Company (FMIC) has stated that due to the drought, there is a good chance we won’t even get that second irrigation. Looking ahead, if the year continues to be as dry as it has been, and FVS is not allowed a second round of irrigation, then the odds of growing enough of our own hay are against us — with a high probability of having to purchase it.

On this year’s Earth Day, Tyson taught two groups of students how to create the temporary dams used to direct our flood irrigation to specific fields. The students were fascinated! All the way back to the barn, they talked about how they had no idea what went into maintaining the FVS prairie and how much work is needed to grow enough hay to feed the horses. 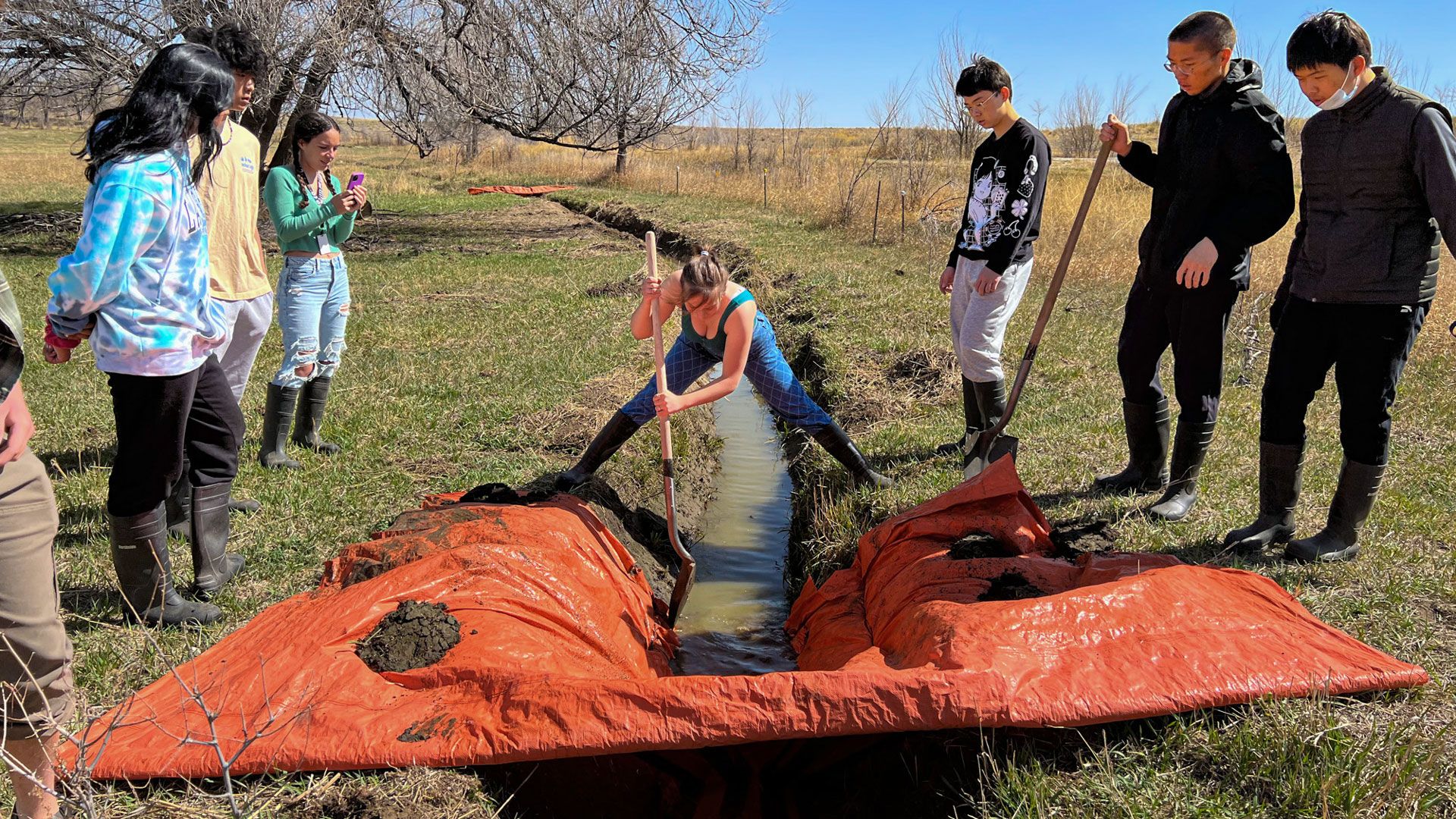 Wildlife continues to be abundant on our land, including a nesting pair of bald eagles by the old baseball backstop, wild turkeys, deer, coyotes, and pronghorn all spotted on the back prairie. The wild asparagus is poking up, and yellow and black currants are blossoming! Rob Gustke’s bees are also thriving in their bee boxes on the edge of the field southeast of the athletic fields.

On May 13-15, the Pikes Peak Birding and Nature Festival will be on campus from 8-10 a.m. each day. In the past, biologist and former FVS Science Faculty, Jim Mariner, has co-led these groups. This year, these birdwatching tours will be hosted by Dr. Rob Gilbert. Check out the “Birds of Fountain Valley School” pamphlet created by Rob Gilbert, including an illustration by FVS alumnae Caroline Verbica, Class of 2015.

At the campus pond, Danielle Llewellyn’s Environmental Science classes have been testing the water to determine when minnows can be introduced. Currently, there is not enough circulation in the pond water to create balanced oxygenation. Her hope is that aerating will keep the water cooler and minimize algae growth. Once that is accomplished, they plan to add eight pounds of Fathead minnows, approximating 1000 fish. A few short months after the minnows are introduced, they plan to add Bluegill and other larger fish, with even larger fish to be added the following Spring. At that point, the pond ecosystem will be complete.

Sarah Webb has been researching native plants that are appropriate for the steep dry banks of the pond. She has collected seeds for drought-resistant wildflowers which she will be sowing there over the next couple of weeks. Once the wildflowers are established, Sarah hopes they will counteract invasive weeds, all while contributing to a visually attractive and ecologically balanced landscape around the pond.