Tony’s project focused on “gesture recognition,” which is a widely-studied area of machine learning in which computers detect and analyze human gestures. Tony’s idea for this project was inspired by his childhood experiences playing video games that required him to move his own body in order to move his character within the game.

While learning virtually from China last school year, Tony found he had more free time working from home than he was accustomed to, and he used this extra time to delve deeper into a topic he found fascinating. After hearing about the Science Fair last summer break, Tony set his sights on attending it this school year. Tony hopes to expand his project by incorporating more gestures, or possibly move his project beyond just recognizing gestures by using the Convolutional Neural Network — a type of artificial neural network used in image recognition and processing. Although Tony has not yet determined precisely what he’d like to study after graduating, he is sure it will be something in Mathematics or Computer Science. 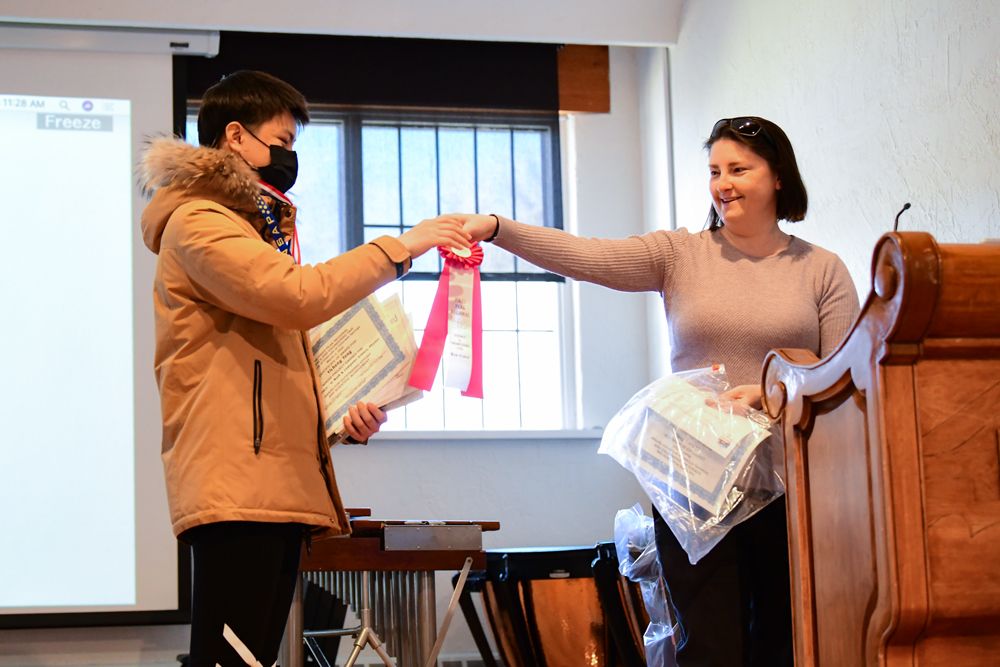 Tony also noted that he would like to thank his parents for supporting his interest in developing this project, as well as the teachers in China who support his research. He would also like to thank Ms. Baker in particular for her enthusiastic support.

When asked how he felt about receiving so many accolades at both Science Fairs, Tony remarked:

I was actually really surprised about all the accolades I received. I wasn’t expecting any of them, and I was even more surprised that Mrs. Baker was willing to announce them during all school!”

Once again, congratulations on your outstanding achievement, Tony!
Back