Cultural Exchange in the Time of COVID

1/4/2021
Global citizenship is a mainstay of a Fountain Valley School education. One way that’s cultivated is through membership in Round Square, a collective of 220 schools in 50 countries that work together to provide a student exchange program, thought-provoking international conferences, and meaningful collaboration between member schools.

Most years, FVS students participating in the Round Square exchange would spend February getting their travel vaccines, making sure their passports were current, and preparing to board a plane to reunite with the friends they had recently hosted in Colorado through the Round Square program.

But 2020 was not like most years. In March, as the coronavirus spread and international travel began to shut down, it became clear that the Round Square program was going to look very different than it had in years past. By mid-April, the Round Square organization announced that the year’s global conference—as well as all in-person exchanges—were cancelled. The FVS students who were bound for Peru, South Africa, and Australia suddenly had their plans upended.

And so they, as well as FVS Round Square Director Simon Walker, did what everyone around the world was learning to do at that point: They pivoted. 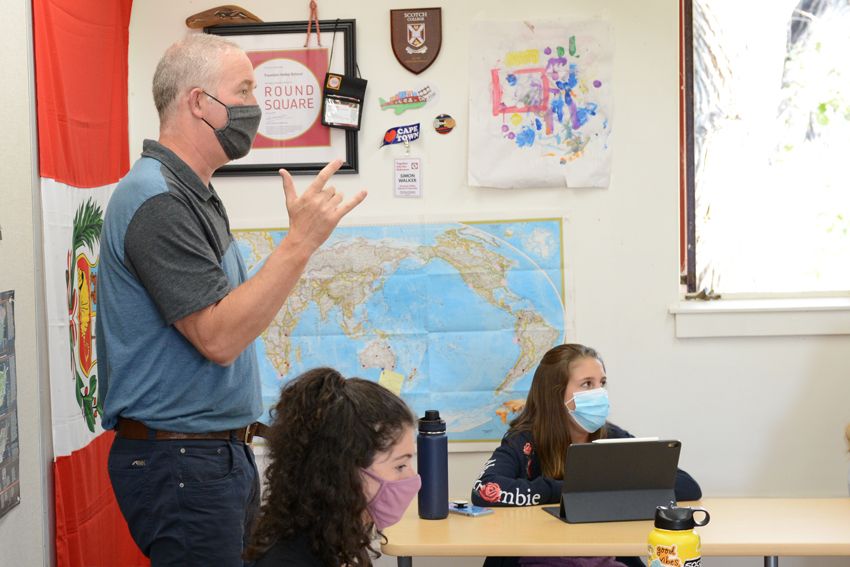 Walker began to reimagine the Round Square program at FVS. He thought about the essential value of the program—connection with diverse cultures—and set about figuring out how to provide that value despite the current travel constraints.

“The skill of everyone who runs these programs around the world is to bend into the discomfort and make it happen,” Walker said. 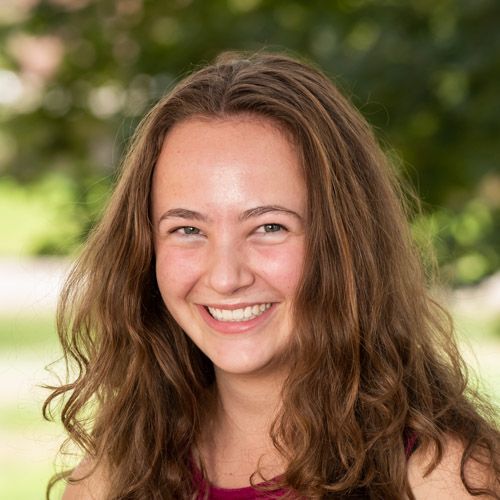 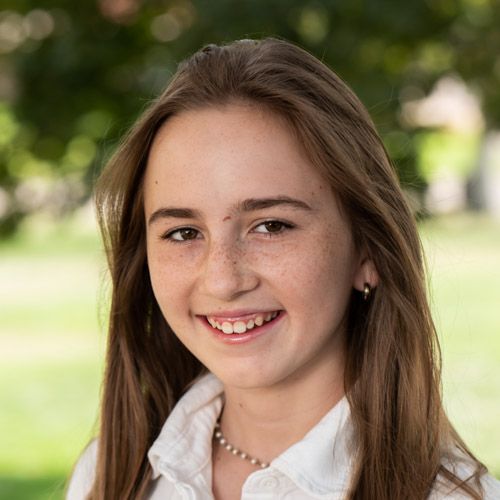 The students who had planned to travel in the spring and summer of 2020 were, naturally, disappointed. But they began making tentative plans to visit their exchange partners in 2021 or 2022, once international travel could resume.

Walker, meanwhile, fast-tracked a pilot program to get more students involved in a new version of Round Square before they headed off for summer break. His approach was multipronged: He started a new Round Square Club to introduce more students to the program, instituted an Alumni Voices program so students who have gone through Round Square exchanges could share their personal experiences, and launched a pilot virtual exchange program with St Cyprian’s School in Cape Town, South Africa.

Two sophomore FVS students, Natalie Haase and Gillian Murphy, participated in the virtual exchange program and were delighted to have the opportunity to experience meaningful connection with a student from a culture different than their own.

This year I have felt like I've missed so much socially, and the opportunity for a new international friend sounded great. I also hoped to gain new perspectives from teachers and classes as well. It's easy to develop single-track thinking patterns with your consistent routine, and I would love a global academic perspective.”

While Murphy and Haase didn’t have the opportunity to board a plane, they were able to use technology to create a valuable cultural exchange with their partner in Cape Town, Emma Maw. The girls shared video blogs in which they documented interesting parts of their days in their respective schools, and Haase and Murphy were able to join some of Maw’s classes virtually—even if it did mean waking up at 5:30 a.m. to accommodate the time zone difference.

In order to recreate the family connection that’s typically made during in-person exchanges, the girls shared family meals with each other, placing a computer at the end of the dinner table so they could talk about customs and cuisine, and just get to know each other.

At the end of the three weeks, the girls created a website documenting what they had learned through the virtual exchange. “I think it's important for the kids to be able to reflect and keep a record of the experience so they can look back on it,” explained Walker.

Beyond Exchanges: Opportunities for Global Connection

At the same time that Walker was working to implement a new version of Round Square within the FVS community, the Round Square organization itself was adapting its offerings to make sure it continued to live up to its ideals of fostering international understanding, democracy, environmental stewardship, adventure, leadership and service.

It did that by creating two new programs: Virtual Postcards and Virtual Conferences.

The Virtual Postcards program occurs every two weeks, and allows a member school to “host” schools from all over the world for a 90-minute cultural tour.

In November, five FVS students took part in a Virtual Postcard program hosted by Lindisfarne Anglican School in Queensland, Australia on the topic of cultural diversity and food. The student hosts presented a video of themselves in the kitchens at the school making native cuisine. They then asked all the students on the call to send in photographs of themselves making their own traditional foods, and they engaged in lively discussion.

These Virtual Postcards will continue in the second semester, and Walker is looking forward to encouraging more FVS students to attend and learn about the countries and cultures represented by the host schools.

The Virtual Conferences will take the place of in-person conferences until it’s safe to travel again. These conferences will be three-hour immersive experiences for a delegation that includes five students from each school. FVS is planning to attend its first one in mid-February.

Like the Virtual Postcards, these conferences will be hosted by one school. But they’ll be modeled after the traditional conferences, including features like a keynote address and Baraza groups—breakout sessions in which students engage in thoughtful discussions around a predetermined theme. In addition, students will be asked to record and share cultural performances, which is one of the most powerful elements of in-person Round Square conferences. 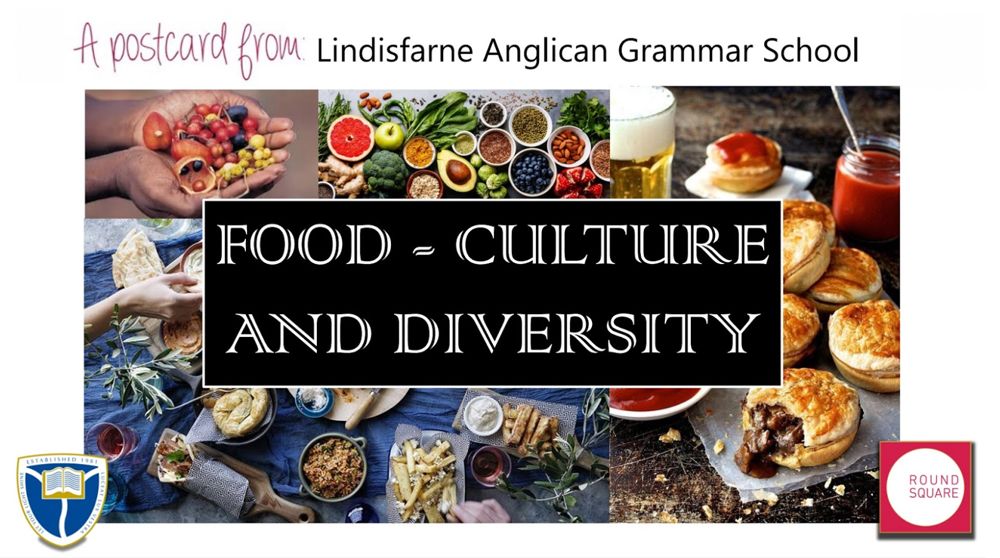 We’ve all had to let go of a lot because of the pandemic, and the students involved in Round Square were no exception. They had to give up the thrill of travel, stepping outside of their comfort zone, and full cultural immersion. But they’ve adapted and found silver linings—as well as novel opportunities to live up to FVS’s values.

“The students have been open-minded to new ideas, asking themselves, ‘How do we make the best of this situation?’” says Walker. “They’ve been curious about new opportunities. They have been courageous about wanting to dive into new ideas and into new situations. And they’ve been adaptable.”

Adaptability was one of the key traits Haase relied upon during her time in the virtual exchange. “I learned more about being adaptive than I would have in any other program. With incredible amounts of support, it was easy to address issues and fix them in a timely manner,” she says.

Murphy agrees that the virtual exchange gave her a unique opportunity to live the school’s values. "Fountain Valley’s goal is to help students become global thinkers, and this exchange was a great example of that. I think I definitely gained a global perspective,” she says.

“As Americans, we tend to think things are all about us. It’s nice to have this experience to be more conscious of the rest of the world.”

The Future of Round Square

As the vaccine rollout hints at COVID relief—and perhaps a return to normalcy—on the horizon, Walker continues to embrace adaptability in planning for the future of the Round Square program.

In the short term, he hopes to enroll more FVS students in virtual exchanges with students from additional member schools. And once it’s safe for travel to resume, he envisions a soft re-entry, with in-person exchanges a bit closer to home. He’s in discussions with other North American Round Square leaders about setting up school-to-school exchanges as they become possible.

But even as the new normal begins to look more like the old normal, Walker expects certain developments from these last few months to persist. The Alumni Voices program, for instance, is a valuable way to extend the benefits of the exchange program to the FVS community as a whole. And the Round Square club involves more students in cultural immersion beyond the five or so who participate in in-person exchanges each year.

Advice from the Pilot Program Pioneers

For other students interested in taking part in the Round Square program, Murphy and Haase have some advice.

Haase returns to the idea of adaptability for students taking part in virtual exchanges. “Be flexible and create as you go; don’t just stick to what’s in the plan,” she says. “For example, one day I was at the dorm and my friend was baking, so I grabbed my phone and sent Emma a little video of weekend dorm life.”

Murphy emphasizes the importance of giving it your all. “Immerse yourself in the experience as much as possible,” she says. “Attend the classes, do the homework and really connect with your partner. While you may not know any of the teachers, the students or the culture, try and do whatever you can to be as outgoing and social as possible.”

In whatever form it takes now and in the future, the Round Square program will continue to provide FVS students the opportunity to step outside of their comfort zone, make new friends and connect with diverse cultures around the world. For more information or to get involved, visit the FVS Round Square web page.
Back