3/5/2020
“Words are so amazing!” Kiya Cockrell ’20 exclaims, less than 24 hours after winning Colorado’s Poetry Out Loud competition and qualifying for nationals in Washington, D.C. Cockrell competed against students from 15 Colorado schools.

This is the 15th year that FVS has participated in Poetry Out Loud and the third time a Fountain Valley School student has won the state title. All FVS contestants have been mentored by English Department Chair Dave Reynolds who is a published poet. 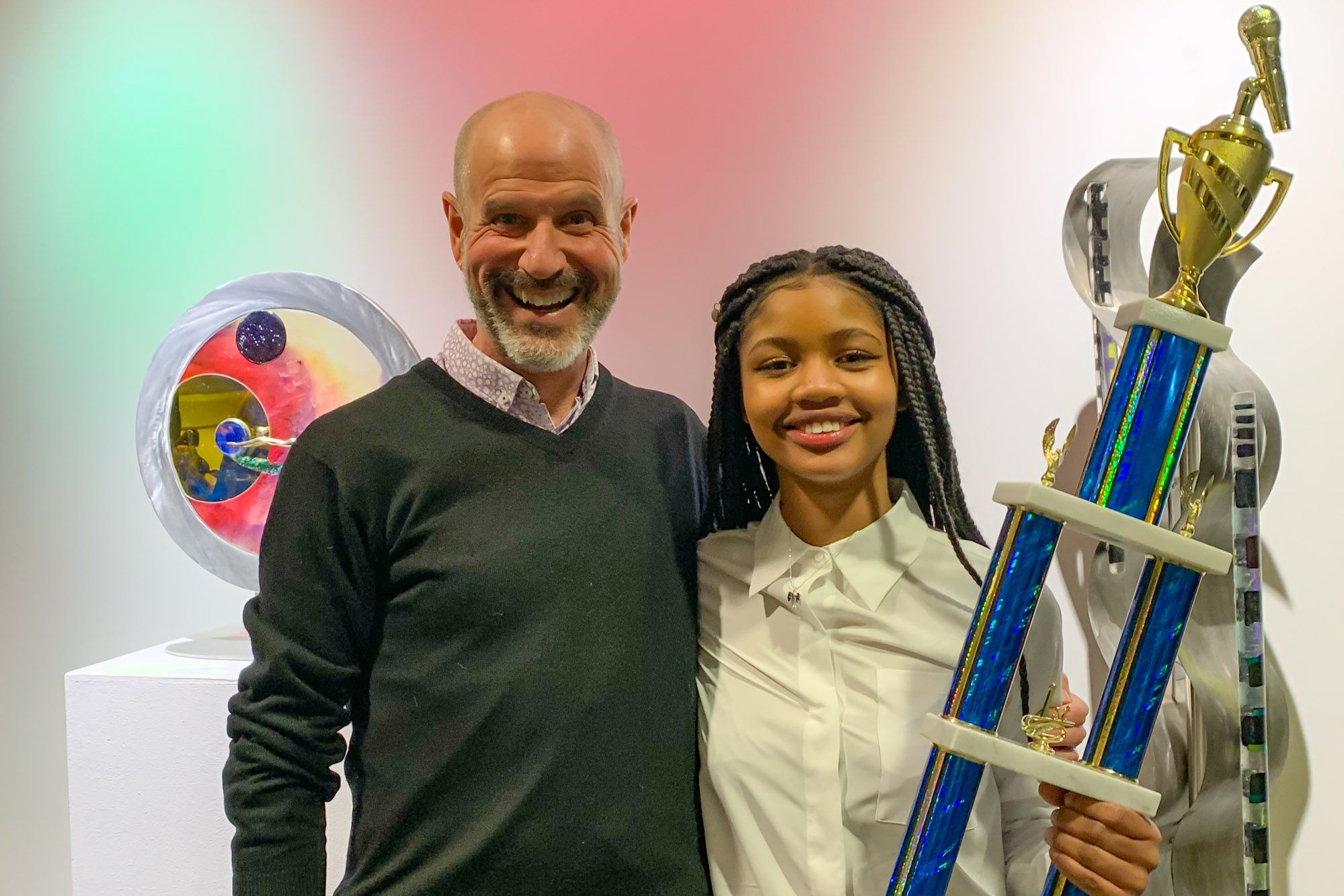 Sponsored by the National Endowment for the Arts and the Poetry Foundation, Poetry Out Loud is a national program that encourages high school students to learn about poetry through memorization, performance and competition. The goal is to help students master public speaking skills, build self-confidence and learn about their literary heritage. The state champion advances to the national finals, April 27-29. Poetry Out Loud grants a total of $50,000 in awards and school stipends at the National Finals, including a $20,000 prize for the Poetry Out Loud national champion. Cockrell won $200 as state champion, along with $500 for Fountain Valley’s Hawley library.

When asked his opinion on why Cockrell won, Reynolds says,

Kiya is very approachable. She has a real presence and is a quiet force when she’s holding the stage—confident and assured without being arrogant.

All competitors recited their first two poems, and the judges selected seven students for the final round. The contestants are judged on their presence, voice and articulation, dramatic appropriateness, evidence of understanding and overall performance. Cockrell’s two poems were Ode to the Hotel Near the Children’s Hospital by Kevin Young and Grief by Elizabeth Barrett Browning. Her final poem was Tomorrow by Dennis O’Driscoll.

I was so nervous, but after the first round I felt confident,” Cockrell says. “I did my poems to the best of my abilities, communicating them instead of acting them. I really like my last poem. I understood it, and it’s divided into sections that let me express different emotions. I could feel that the poem resonated with the audience.

Reynolds worked extensively with Cockrell, meeting during free periods in the Lewis Perry Jr. Chapel to practice on stage, as well as scheduling two of her recitations at All-Schools. He also arranged for her to work with Assetou Xango, a poet, educator and performance artist from Denver who, Cockrell says, “Told me to captivate the crowd, to take up my space on the stage, to take my time and make the audience forget the performances before me.”

Cockrell says that participating in Poetry Out Loud has helped her grow in confidence and as a poet. Although she has written poetry since the fifth grade, she has been writing more and writing differently.

There’s something so beautiful and empowering in using the written word to express something,” she says. “It’s such a welcoming space to be personal and vulnerable.

Her advice to next year’s Fountain Valley Poetry Out Loud contestants: “Step out of your comfort zone. Pick the poems that you’re passionate about and those that resonate deeply within you. Constantly adapt your poem and reading because there’s always room to improve.” 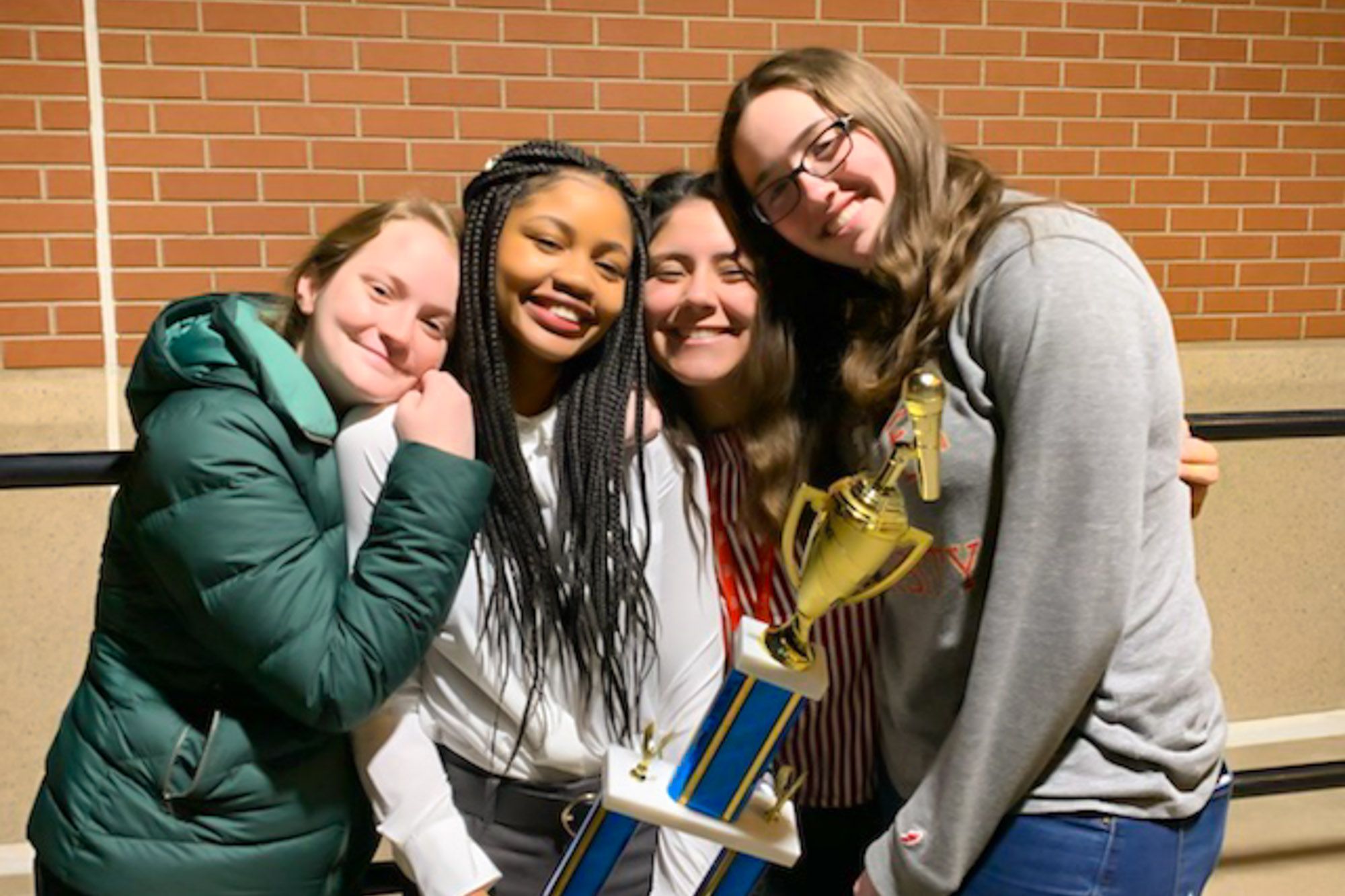