11/6/2019
Jeanne Olive
“It’s not what happens to you, it’s what you do with what happens to you,” guest speaker Chris Waddell explained to the Fountain Valley community at All-School last week. And what he decided to do with what happened to him is an epic story.
"Chris Waddell is the first speaker we’ve brought on campus this year to engage our community on topics of character, spirituality, and our core values of courage, open-mindedness, self-reliance, curiosity and compassion,” said Head of School Will Webb as an introduction to both Waddell’s presentation and the speaker series. “The goal of the series is to present a wide range of perspectives and insights that will spur important dialogue, and examine different viewpoints, ideas and faiths."
Waddell’s story is one of resilience and grit. As a promising young skier at Middlebury College in 1988, Waddell had a skiing accident that left him paralyzed from the waist down. His binding released mid-turn and he fractured his spine. Yet Waddell was back at school two months after the accident and back on the ski slopes as a mono skier in less than a year.

"My accident made me the most powerful I’d ever been because I had to find a way to get better. If I'd never had my accident, I never would have been the best in the world at anything," he said. "I was the best monoskier in the world.”

Waddell catches air on a run competing at the Paralympic Games.
He became the most decorated male skier in Paralympic history, winning 12 medals over four games. Waddell spent a total of 11 years on the U.S. Paralympics Alpine Skiing National team. Also a track athlete, he’s one of a select few to have won in both the winter and summer games. Waddell also became the first paraplegic to summit 19,341-ft. Mt. Kilimanjaro, unassisted except for a 100-feet hoist over a boulder field. 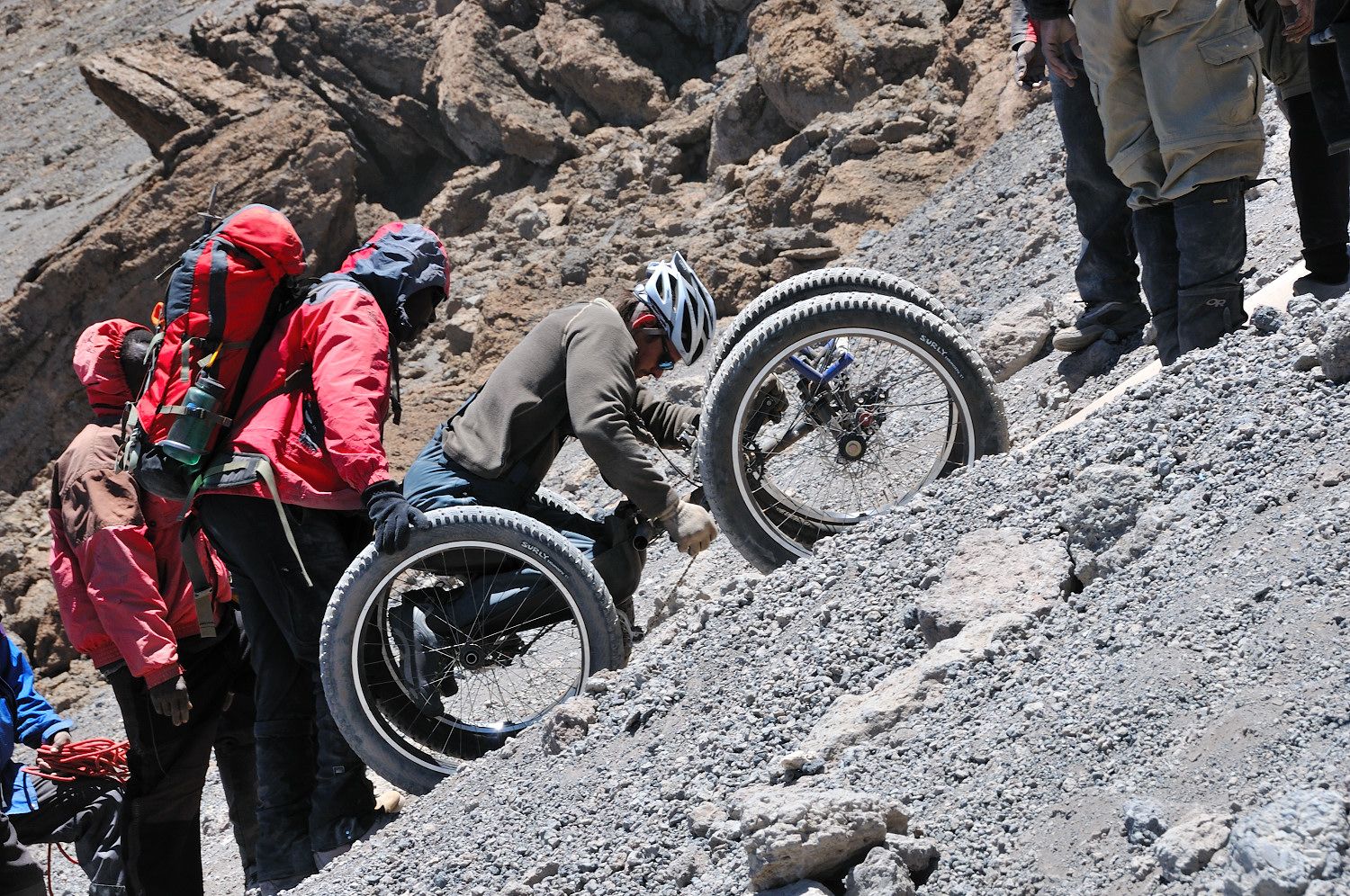 The hand-powered climb up Mt. Kilimanjaro required more than 500,000 revolutions to get to the top.
Waddell started a foundation, One Revolution, dedicated to seeing the world positively. The foundation’s Nametags program that he presented at FVS encourages students to look at the labels— which are often limitations—that we put on ourselves and others, and to challenge those limitations. Students were asked to write the goals they want to pursue and the people they want to become on the nametags he passed around and to keep them as a reminder.
Throughout his presentation, he led FVS students in a chant of his mantra, “It’s not what happens to you. It’s what you do with what happens to you.”

Sophomore Sadie Fox, a boarding student from Boulder who met with Waddell at lunch after All-School, says that she found him “very motivational. He resonated with me as I am also a skier. I took away that anything is possible if you set your mind to it. Hearing his story about regaining his confidence on the ski slopes will stick with me. I am going to try and keep his motto in my life.”

A special thank you to FVS parent Dr. Donna Volpitta P ’23 who facilitated the presentation. She is a One Revolution board member and co-created the Nametags program with Waddell.
Back